10 Ways You Can Blow a First Impression


10 Ways You Can Blow a First Impression 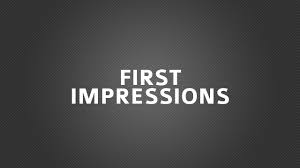 Ever hear the saying, “you only have one chance at a first impression”? Of course you have, because you didn’t just fall off the turnip truck yesterday.

The difficulty with first impressions is that when you meet someone new, you don’t often know if that person could be highly valuable to you or your business. Yep, that random person at that restaurant or the baseball game that was just introduced to you by a friend could work for or own the company that you’re currently trying to sell your new product line to.

But you won’t know that until you walk into their office and realize that you’ve recently met. Let’s just hope that you didn’t make one of these 10 first impression killers.

1. You were wearing sunglasses. It doesn’t matter that it was the middle of the day and you were looking head on into the sun, your eyes are the gateway to who you are. They illustrate your confidence, sincerity and interest in the person you’re meeting, so do yourself a favor and take them off when you’re meeting someone new — yes, even if they left theirs on.

2. Ever hear of “dress to impress”? I live in Los Angeles, so I’m well aware of how hip it is to look like you just crawled out of bed, but seriously, did you? Here’s another adage that you should pay attention to, “perception is reality.” If you appear like you do not care about yourself enough to be even moderately presentable, you probably don’t.

3. The limp grip. Yes, this one is in every “how to” article or book ever written, but it’s one of the most important, so it must be reiterated. You can tell a lot by a person based on their handshake — soft equals weak, firm equals strong. It’s really that simple.

5. Couldn’t seem to focus. Have you ever had a conversation with someone that seemed like they were looking beyond you, or better yet, kept glancing away at the baseball game on TV? Clearly they weren’t interested enough in you to focus and you noticed it. You must focus in on whom you’re talking to and treat them like they’re the most important person in your life at that moment.

6. You brought your own baggage. In general, people like dealing with other happy people, but you got up on the wrong side of the bed and it showed. It really doesn’t matter that you’re in a bad mood, because you only get one chance, so put on a smile, at least until the interaction is over, then you can go back to being poopy.

7. You just couldn’t stop talking about yourself. There’s not much worse than being around someone that won’t stop talking about themselves or turning every story into one about them. It’s well known that people love the sound of their own voice, but you need to be smarter and use the opportunity to let the person you’re meeting do all of the talking. Trust me, they’ll like you for it.

8. Name dropping? Really? Nobody cares that you spent the summer sailing the Caribbean with XYZ celebrity or CEO, because it makes you look like you’re overcompensating, which you probably are. Slow it down and practice some humility, which will get you a lot further in both the short and long terms.

9. You wouldn’t put your phone away. This is a problem that has certainly come more to the forefront since the inception of the smartphone but really needs some attention. If you can’t put your phone away while you talking with someone new — or really anyone — it’s clear that you have absolutely no interest in them. Pretty simple.

10. You couldn’t remember their name. I know this one is a bit more difficult but is absolutely worth improvement through practice. Do you know why? Because there is only one thing people like more than talking about themselves, and that’s hearing their own name. This is one of the most valuable “first impression” tools out there — you must try to say their name as often as reasonably possible throughout and at the end of the conversation, which they will absolutely remember you for.