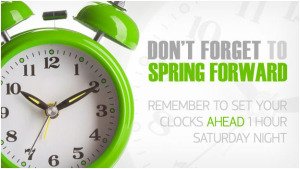 Daylight Saving Time: Why some have such a hard time making the switch

The arrival of Daylight Saving Time means most Canadians will be losing an hour of sleep this weekend as we “spring forward.” Most of us will adjust to the time change within a day or two, even if it means an initial grouchy breakfast on Sunday. But for others, the switch can be much harder.

Teens, diehard “night owls” and those with sleep disorders all struggle with waking up early and losing that extra hour of sleep. But sleep expert Kai-Florian Storch, a researcher with the Douglas Mental Health University Institute and McGill University, says there are a few things we can do to get better sleep, even with one less hour of it.

Each of us has an internal clock, or circadian rhythm, that controls our wake-sleep cycle. In infants, the clock can take a few months to set, which is why they’re are often wide awake at 2 a.m. and sleeping all afternoon. By childhood, most kids have become naturally early risers and — as all exhausted parents know — are often ready to greet the day at the crack of dawn. 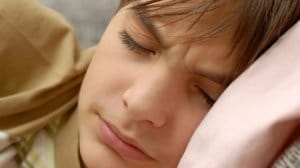 But when they hit their teen years, everything falls apart.

The child who used to ask to go to bed at 7:30 p.m. will now insist on staying up until 11 p.m. And waking a teen before 8 a.m.? Now there’s an exercise in aggravation.

He says teens naturally go through a shift in their circadian rhythm called “sleep phase delay,” that causes teens to want to stay up later and sleep in longer. They still need nine hours, like they did when they were younger, but their changing brains program them to shift their sleep to later.

“It starts at puberty and then peaks at 16 or 17, and then gradually moves back over the next four years,” explains Storch.

Some researchers compare teenagers’ sleep patterns to a permanent state of jet lag brought on by growth in their brains and a surge of hormones.

“We don’t know exactly why this is but it’s clear there’s a dramatic change in their hormonal status and there is rewiring of the brain at this age,” says Storch.

And since it’s clear teens naturally have trouble waking up early, Daylight Saving or not, U.S. pediatricians recently called for a later start to the school day for teens. The American Academy of Pediatrics says if teens could start their schooling a little later, an immediate improvement in mental and physical health, as well as academic performance, could be seen.

So if your teen doesn’t want to get up on Sunday, it’s best to remember their weird sleep patterns aren’t altogether in their control.

One of the most common sleep problems among adults is something called “delayed sleep phase syndrome,” which is essentially the medical term for extreme night owls. These people (about 15 per cent of us) have a natural inclination to go to bed well past midnight and wake up late. Even when exhausted, those with DSP cannot go to bed at a normal hour.

For these extreme night owls, the switch to Daylight Saving Time can be torturous, as they struggle to re-set their internal clocks. Often, the only treatment is bright light therapy, using strong, sunlight-coloured light to force themselves awake in the morning. But the condition is notoriously resistant to treatment.

It’s not clear why some people develop DSP. Among those with the opposite condition — advanced sleep phase, meaning they wake up far too early — there is a fairly clear genetic link, says Storch. Parents whose internal clocks run fast often have kids who wake up earlier too.

It’s possible genes are also linked to delayed phase sleep. But Storch wonders whether night owls are prone to such sleep patterns because they mis-set their own internal clocks through bad sleep habits. Perhaps by choosing to stay up late and exposing themselves to artificial light, they worsen their problems.

“It’s not clear if light at night pushes them to be night owls, or if they are predisposed to being more sensitive to light … It could be both.”

Storch points to a small study released in 2013 that found that even confirmed night owls could reset their biological clocks by simply spending more time with nature’s light.

In that study, a group of young people were asked to spend one week camping. They were exposed only to natural light and a campfire; no flashlights or lanterns. Within a few days, their biological clocks began synching up with nature, meaning they went to bed shortly after sunset and began to wake at sunrise.

The synchronization happened for all study participants, regardless of whether tests showed they were “early birds” or “night owls.”

For Storch, those findings are interesting because they point to just how disruptive the artificial light we use in the evening can be to our natural sleep patterns.

“Artificial light is just really bad for night owls,” he said. “It also suggests that maybe these night owls aren’t night owls because of their genes, but because they sit in artificial light in the evening, shifting their circadian rhythm farther into the night.”

Storch also wonders if there would be less mental illness if we all stuck to more natural sleep patterns. He has been conducting research  on the connection between circadian rhythms and mental disorders and notes disrupted sleep is not only a symptom of illnesses such as anxiety, depression and bipolar disorder, it also aggravates these conditions.

“Maybe to curb that, it would be better to have Daylight Saving all year round,” says Storch, “because we would go to bed earlier and expose ourselves to less artificial light.”

Here are some final tips for making the switch from the National Sleep Foundation: